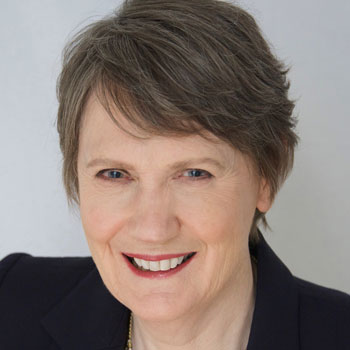 Throughout her tenure as Prime Minister, and as a Member of Parliament over 27 years, Helen Clark engaged widely in policy development and advocacy across the international, economic, social, environmental, and cultural spheres. She advocated strongly for New Zealand’s comprehensive program on sustainability and for tackling the problems of climate change. She was an active leader of her country’s foreign relations, engaging in a wide range of international issues.

In April 2009, Helen Clark became Administrator of the United Nations Development Programme. She was the first woman to lead the organisation, and served two terms there. At the same time, she was Chair of the United Nations Development Group, a committee consisting of all UN funds, programs, agencies, and departments working on development issues. As Administrator, she led UNDP to be ranked the most transparent global development organisation. She completed her tenure in 2017.

Helen Clark came to the role of Prime Minister after an extensive parliamentary and ministerial career. Prior to entering the New Zealand Parliament, Helen Clark taught in the Political Studies Department of the University of Auckland, from which she earlier graduated with her BA and MA (Hons) degrees.

Helen continues to be a strong voice for sustainable development, climate action, gender equality and women’s leadership, peace and justice, and action on non-communicable diseases and on HIV. 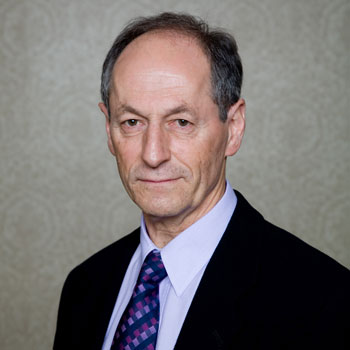 Sir Michael Marmot was Chair of the 2005 World Health Organizations’ (WHO) Commission on Social Determinants of Health that produced the report, ‘Closing the Gap in a Generation’ (2008). He currently chairs the Commission on Equity and Health Inequalities in the Americas (WHO/Pan-American Health Organization). At the request of the British Government, he conducted the Strategic Review of Health Inequalities in England post 2010 (‘Fair Society, Healthy Lives’ report, 2010), followed by the European Review of Social Determinants of Health and the Health Divide (WHO Europe, 2014).  He also chaired the Breast Screening Review for the NHS National Cancer Action Team and was a member of The Lancet-University of Oslo Commission on Global Governance for Health.

Sir Marmot has led research groups on health inequalities and the social determinants of health for over 40 years. He set up and led a number of longitudinal cohort studies on the social gradient in health, including the Whitehall II Studies of British Civil Servants and the English Longitudinal Study of Ageing (ELSA), among others.

Sir Marmot is the author of The Health Gap: the challenge of an unequal world (Bloomsbury: 2015) and Status Syndrome: how your place on the social gradient directly affects your health (Bloomsbury: 2004). He held the Harvard Lown Professorship for 2014-2017, is the recipient of the Prince Mahidol Award for Public Health 2015, and is President of the British Lung Foundation.

He has been awarded honorary doctorates from 18 universities and has held numerous commissions of trust. In 2000 he was knighted by Her Majesty The Queen for services to epidemiology and the understanding of health inequalities. 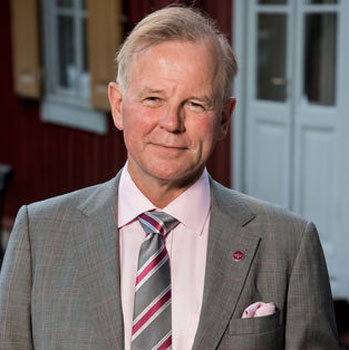 Ole Petter Ottersen has been President of Karolinska Institutet since August 2017, and previously served as President of the University of Oslo (2009-2017).

As a neuroscientist, physician and academic leader, Ottersen has held numerous positions of trust. Between 2013 and 2015, he was head of the Norwegian Association of Higher Education Institutions and of the Nordic University Association.

Ottersen served as chairman of the board for Norway’s National Program for Functional Genomics (2003-2007), as director of Norway’s Centre of Excellence in Molecular Biology and Neuroscience (2002-2009) and as coordinator of the Nordic Centre of Excellence in Molecular Medicine (2005-2009). He has also coordinated two projects under the EU Framework Program and was the panel leader for European Research Council Advanced Grants (2008-2012). He is currently the panel leader for ERC Synergy Grants.

In recent years, he has been engaged in global health – much inspired by his experiences as Chair of the Lancet-University of Oslo Commission on Global Governance for Health (2011-2014). The Commission examined the political determinants of health and produced the 2014 report, “The Political Origins of Health Inequity: Prospects for Change” that preceded the publication of UN’s Agenda 2030. He currently serves as a board member of the African Population and Health Research Center (APHRC) based in Nairobi.

Between 2006 and 2009, Ottersen was Chief Editor of Neuroscience, the official journal of the International Brain Research Organization, and has also served on numerous boards and prize committees, including the Kavli Prize Committee in Neuroscience and the Thon Foundation Advisory Board.

At the University of Oslo, Ottersen was Dean of Science within the medical faculty (2000-2002) and has taught medical students, physiotherapists and postgraduate students since 1976.

We use cookies to ensure that we give you the best experience on our website. If you continue to use this site we will assume that you are happy with it.Ok